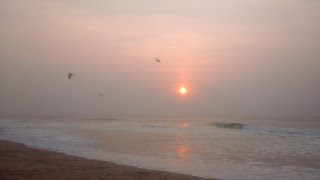 Last night I was in a Twitter discussion where SEO issues were discussed, and the issue of social signals came up.

Many  SEO PRACTITIONERS will tell you that social signals have no influence on your search engine optimisation strategies in any shape manner or form, and personally I believe they are right.  How ever the power of  individual tweets is a whole other animal, and some tweets can have a truly astounding impact on your individual online assets in strange and devious ways that at first glance seem unrealistic.

To understand the power of an individual tweet there are many different things that need to be understood, with the two main issues bring


The first thing that one must clearly come to grips with is that each tweet must be annalized and dissected as a stand alone web page.  In every social media platform, your individual posts  are actually deemed to be stand alone web pages, and most folks have great difficulty in digesting this

Now the questions start to pop into your thinking patterns and thought process.... What does the website architecture of your social media activity look like.  In this post we will deal exclusively with Twitter and how your posts on twitter carry #SEOJUICES to the rest of the internet. The SEO juices of a single tweet can be very powerful and carry a great deal of influence in ensuring that individual digital entities recieve rather serious boosts within the Search Engine Results pages

So in Twitter your user name or Twitter handle has a host of different activities, and different uses, some are easy to understand, and others are exceptionally difficult to grasp untill you realise that web site architecture can be, and is indeed used in two distinct and different ways within the twittersphere.

The first one is simple and uses a flat structure where all your tweets are chronologically placed one under the other in the space.  Twitter.com/username/tweet, most folks understand this, as that is what they see within their twitter profiles when they look online?

The second set of twitter architecture is where all the fun and games take place. This is an exceptionally complicated space where sub domains and nested  drop down folders that can be multiple layers deep, with  rather wide sub level bases. These are found hidden in structures, much like an organisation staff organogogram

At the top is your original tweet which lives at http://username.twitter.com/tweet

Think subdomain.domain/folder where each tweet is considered as a folder within the subdomain

Next are the first level replies / comments on this individual tweet.  This level can be very wide, as each comment / reply to your original tweet will sit in this space.

Next level down is the replies / comments to the first level of comments / replies.   Then there may be more levels going deeper down the list as each new comment / reply slots into its appropriate position within the developing nested web site architecture, leaving a mass of sub folders containing each new comment / reply in a structured drop-down set of sub folders.

This will look very much like a company staff chart, with a single boss and a number of workers who are directly responsible to him / her.  Where each first level reply / comment will sit on this level, spreading the first level base as far as there are new replies / comments on the original tweet in question.

This is now where things get rather sneaky and very interesting, coz replies / comments to sepperate posts at this level will drop down into the second tier of the resulting website architecture. Just like the boss in the company has workers who report to him directly, So each reply / comment will have its own list of second responders.

This can and does get out of hand on long twitter conversations.  So be warned that this is very complicated, and rather messy, making it difficult to put into proper perspective.

Each of these individual tweets may also have likes and shares, then also reshares of shares complicating things even further. The likes do not carry any true SEO VALUE, as they are deemed to be social signals, which most search engines tend to ignore, or give little value within the SEO environment. That being said, the share factor is some what different, with each share bring treated in much the same fashion as the original tweet

So this website architecture is looking like a simple drop-down structure that has an easy to follow make up, with the sharesand reshares taking the same structure, but being placed adjacent to the original tweet

Now that we have the website architecture under control, and can see the flow of tweets in a business staff type organogram we can get into the real meaty part of the discussion

The content of each tweet is now evaluated from a Semantic perspective, starting at the top spot, and flowing steadily through each level with all of the sepperate sublevels bring indexed and evaluated.


Because each comment is seen by the search engine as a stand alone web page, the interlinking between each comment is evaluated, where the level within the site architecture is used as a link referral base and out bound links add tremendous value to the SEO link juice of those tweets which contain them, adding SEO value within the entire conversation chain.

This can thus add true value within the Search engine optimisation flow patterns to all the out bound links, with any out bound links in the original tweet getting the lions share of this link juice. The closer to the top of the conversation an out bound link is found, the more link juice it should carry, but this is not always true, as there are many different factors that influence the flow of link juice from a social media conversation.

By on line assets I mean web pages, blog post,  social media profiles or any online content such as images, videos or PDF documents

Search the 4u brand blog